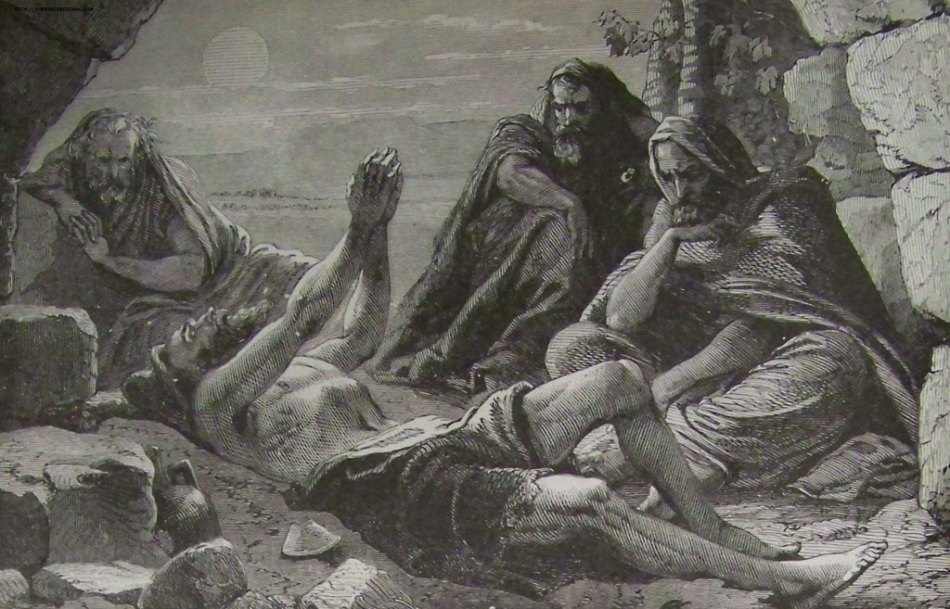 This post is from Ryan Wright. Ryan has agreed to write and co-host the (upcoming) Table Theology podcast. He, like myself, is a classical Christian. We agree on the core of theology and on what we call first hand issues. We do have some differences in theology, when it comes to second hand issues, which we will probably talk on more in the future. He has a degree in youth ministries and a masters degree. He has a wonderful wife and twin baby girls (Yes, that means he will be writing on patience, because he understands it better than I). You will be reading and listening to him more.  These are Ryan’s thoughts on gratuitous evil.

I believe that all evil has a purpose and doesn’t simply exist on its own. But before we can talk about gratuitous evil not existing, we must first understand how to properly define gratuitous evil. Gratuitous evil is any evil that is not logically necessary for the occurrence of a greater good. There are many other logical ways to define this term, but this definition is the best fit for the argument at hand. Most people believe gratuitous evil is just evil that God allows in the world and does nothing about because it’s just made to be there for no reason. Things like murder, car accidents, or drug overdoses get put into this category of evil with no purpose. To better understand why there is no gratuitous evil in the world I am going to use Biblical examples, experiences, and even worldly examples to help argue against this evil.

The first reason I don’t believe gratuitous evil exists is because in the Bible there is always evil that is for the greater good and is not just there to be there. Take the story of Job, for example. In Job chapter one, God and the Adversary discuss whether or not Job can be tempted to turn away from the God he was always faithful to because of bad circumstances. God gives the Adversary permission to take everything away from Job, with the exception that the Adversary was unable to physically harm Job. The Adversary took everything from Job, from his servants and livestock to his sons. There was a lot of evil that took place to take everything Job was blessed with away in the blink of an eye. The book concludes with Job remaining faithful to God in spite of his suffering, and eventually God restores him with even more than he had at first. That is just one of many examples from the Bible of why gratuitous evil doesn’t exist. God allowed the trials and hardships to come to Job because he was testing him for the greater good. Job proved that he would be faithful to God no matter what circumstances he found himself in, and he proved that it wasn’t because of his prosperity that he served the Lord.

Another Biblical account that comes to mind when I think of gratuitous evil not being in the world is the Life of the Apostle Paul in general. Much of his life was spent in hardship as he served the greater good for the Kingdom of God. He went through so many trials, such as being shipwrecked, beaten, imprisoned, and even being bitten by a snake. He endured all of this for the Gospel of Christ, which is the ultimate greater good. A verse in Romans comes to mind when I think of this subject; in Romans 8:28, Paul writes that we know that in all things God works for the good of those who love him, who have been called according to his purpose. This is saying that even though there is evil that we go through God ultimately has a greater good for it in the end.

The second reason or example of why gratuitous evil doesn’t exist is from what we experience in the world around us. If someone of lower class or someone who is poor in general is stealing, then I don’t believe that their actions qualify as gratuitous evil. If they are in dire need and their thieving affects whether they live or die, then I would argue that it is for the greater good. I don’t believe people just steal; people steal in order to accomplish something, and usually they are serving the greater good by keeping themselves fed for example.

The third and final reason as to why gratuitous evil doesn’t exist is from our reality. We all know as a society the miracle that is childbirth and we all have a good grasp of what this entails. My wife when she was bringing our girls into this world was in an extreme amount of pain and suffering in order to do this (thanks Adam and Eve). This seems to be evil at the time because that is what we relate to pain and suffering. God had a plan for this suffering and pain and made it happen for the greater good which was the birth of my girls (a true picture of innocence and purity).

The objections that most people throw out to the non-existence of gratuitous evil are that God just allows evil to happen just because he created it with no purpose. This objection would fail because God does have a purpose for the evil in the world. Not to mention that God is incapable of evil. It goes against his very nature. Evil exists in spite of God, not because of him. If evil has no purpose, then there would be some evil that grace and mercy would not need to abound over. This whole example is linked with the nonexistence of God also saying that why a loving God allows such evil in the world. Oftentimes, these hardships serve to test our endurance to remain faithful to God. Other times they serve as a wake-up call to make us realize that we are outside of God’s will for our lives. These hardships lead us back to a relationship with him, if we respond correctly. These are just some of the many reasons why gratuitous evil does not exist, and that evil in the world is in the end is made for the greater good.

3 comments on “Is There Gratuitous Evil In the World”