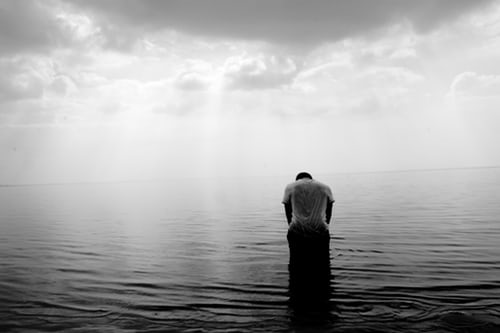 This question has been a stumbling block for a lot people from the janitor all the way up to the ivory tower. It has been a reason why some find it hard to believe in God. The reason this problem is so close to all of us is due to the fact that we have all experience or seen evil in the world. We are experiencing a type of evil now. Covid 19 is an evil because all sickness and disease is and you see it enter the world early in history, which you find in Genesis 3.

This would seem like a big problem for the Christian that believes that God is omnipotent (all powerful), omniscient (all knowing), and omnipresent (everywhere or to stick with tradition all present). Why would a God with all this power be unable to stop evil or why does evil exist in the first place?

Before I answer these questions, I think that first we need to understand that there are two forms that the problem of evil encompasses. The first form is the logical problem of evil. The logical problem is looking at whether there is a logical contradiction between a God that I described in the last paragraph. Philosophers and theologians generally agree that this problem as been solved by Christianity. A book I would highly recommend on this subject is C.S. Lewis’, “The Problem of Pain“

The second form that this argument presents is “the existential problem of evil is more of a grievance or complaint that God allows evil”.  It asks why a loving God would allow evil.  It doesn’t find anything illogical about evil and God.  It asks for a reason.  This objection isn’t formed as a logical syllogism, as the logical problem is, so the answer doesn’t find fault in the deductive reasoning.  The answer to the existential problem of evil shows why God could have a sufficient reason to let evil exist, explaining why a loving, good God would allow evil” (Penner, M. (2012)). A book I would recommend on this subject is again by C.S. Lewis, “A Grief Observed”.

Understanding these two forms is helpful understanding the idea for Christianity, but what about other religions. I am not going to go through all religions, but I will point out a common theme I see in a lot of eastern religions and I will touch on Atheism as well. The theme is that evil is an illusion, so they do not believe that evil exist. This hardly deals with the issue by just saying it doesn’t exist. The other thing that makes it highly unlikely is that it seem to go directly against reality and what we experience. My final observation is that the problem of evil, even if it is an illusion (which it is not), is that the problem is on going. Most Eastern religions believe in reincarnation and you continue to return and the problem continues.

Atheism, on the other hand, believe that we are just molecules and atoms. Richard Dawkins sums it up well in his book “River Out of Eden: A Darwinian View of Life“. He states, “The universe we observe has precisely the properties we should expect if there is, at bottom, no design, no purpose, no evil, no good, nothing but blind, pitiless indifference” (Dawkins, R. (2015)). Atheist cannot have objective moral truths. This means good and evil do not exist. You will find that the pragmatics of Atheism do not hold up in reality. They cannot say that there is right and wrong because there is no law giver that say actions like rape or the holocaust are wrong, but in real life they cannot live this way. The next time someone states that there is no wrong or right just cut them in line or wait until they get cut off in traffic. It will become very clear that they have sense of right and wrong, but have no grounding where they get it from. Christianity does have grounding because God is the moral law giver and we can stand firm on his words.

Christianity also has a solution on how everything will be made right. It has already started in the incarnation of Jesus Christ.

The way that Christianity solves the problem is by tackling it straight on. Evil does exist and it is not a illusion. I am going to argue that the problem of evil makes best sense in a world that God does exist.

The first thing we must recognize is that we (humans) started the problem, so God becomes man in the person of Jesus. Man is responsible for the fall and God created all in the beginning right and perfect. The other problem that man faces is that we can’t fix our problem, only God can. How does God help us? God takes the guilt so that we may be forgiven. We enter into a relationship with God and God begins to make us look like Him. We become less and less evil and more holy. Theologians call this sanctification. This is one way that he is fixing the world today, but this story is not over. God will make all things right again. He is ushering in his kingdom today and will make a new creation in which we will live forever.

One more book reference…Okay two. These will give you a larger explanation of the what I have just said. The first is by, you guessed it, C.S. Lewis, “Mere Christianity” I have an extra copy if you are in the area and want it for FREE! The second book is by Gregory Koukl, “The Story of Reality: How the World Began, How It Ends, and Everything Important that Happens in Between.”

“Why is God landing in this enemy-occupied world in disguise and starting a sort of secret society to undermine the devil? Why is He not landing in force, invading it? Is it that He is not strong enough? Well, Christians think He is going to land in force; we do not know when. But we can guess why He is delaying. He wants to give us the chance of joining His side freely. I do not suppose you and I would have though much of a Frenchman who waited till the Allies were marching into Germany and then announced he was on our side. God will invade. But I wonder whether people who ask God to interfere openly and directly in our world quite realize what it will be like when He does. When that happens, it is the end of the world. When the author walks on to the stage the play is over. God is going to invade, all right: but what is the good of saying you are on His side then, when you see the whole natural universe melting away like a dream and something else -something it never entered your head to conceive- comes crashing in; something so beautiful to some of us and so terrible to others that none of us will have any choice left? For this time it will be God without disguise; something so overwhelming that it will strike either irresistible love or irresistible horror into every creature. It will be too late then to choose your side. There is no use saying you choose to lie down when it has become impossible to stand up. That will not be the time for choosing: it will be the time when we discover which side we really have chosen, whether we realized it before or not. Now, today, this moment, is our chance to choose the right side. God is holding back to give us that chance. It will not last forever. We must take it or leave it.” (Lewis, C. S. (C. (1996)).

0 comments on “If God…Why Evil”